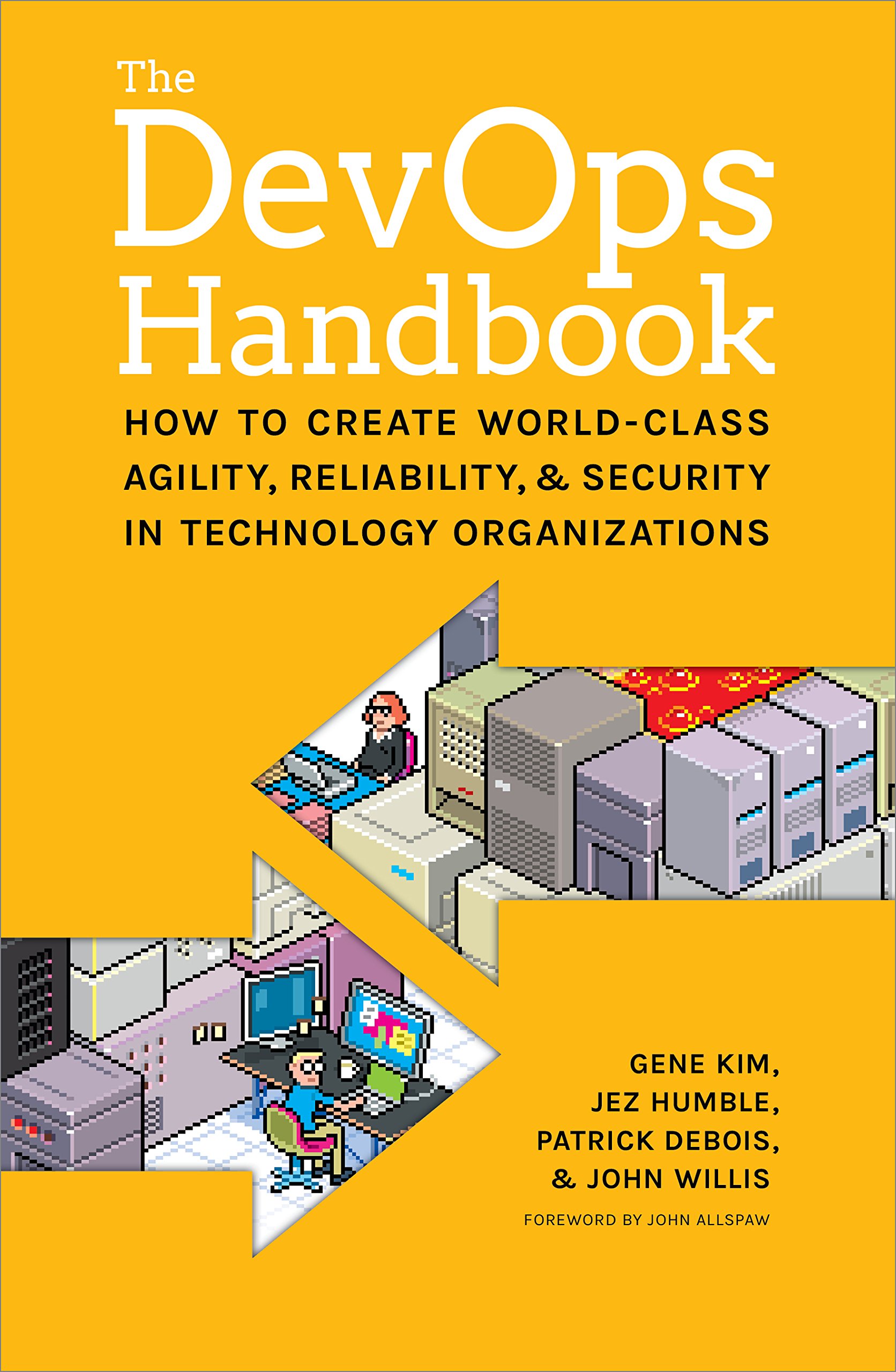 More than ever, the effective management of technology is critical for business competitiveness. For decades, technology leaders have struggled to balance agility, reliability, and security. The consequences of failure have never been greater―whether it’s the healthcare.gov debacle, cardholder data breaches, or missing the boat with Big Data in the cloud.

And yet, high performers using DevOps principles, such as Google, Amazon, Facebook, Etsy, and Netflix, are routinely and reliably deploying code into production hundreds, or even thousands, of times per day.

Following in the footsteps of The Phoenix Project, The DevOps Handbook shows leaders how to replicate these incredible outcomes, by showing how to integrate Product Management, Development, QA, IT Operations, and Information Security to elevate your company and win in the marketplace.

Wondering if The DevOps Handbook is for you? Authors, Gene Kim, Jez Humble, Patrick Debois and John Willis developed this book for anyone looking to transform their IT organization—especially those who want to make serious changes through the DevOps methodology to increase productivity, profitability and win the marketplace. It is the all-inclusive guide for planning and executing DevOps transformations while providing background on the history of DevOps and dozens of case studies to support DevOps principles. It also provides best practices to help organizations unite disparate teams, achieve common goals and obtain support from the highest levels of leadership.

The DevOps Handbook digs into the three foundational principles underpinning DevOps, now known as The Three Ways: Flow, Feedback, and Continual Learning and Experimentation. The DevOps Handbook follows in the footsteps of The Phoenix Project, also by Gene Kim, by offering a high-level examination of the Three Ways as the focus of Part 1 of the new book.

As the book works through the Three Ways, readers will be able to identify how high-performing companies leveraged these principles to win the marketplace. The hope is that large organizations replicate the success of high performers to execute their own successful DevOps transformations. This six-part book is rife with useful content, including:

– The resulting work from five years of collaboration and 2,000 hours of contribution between the co-authors

– More than 400 pages of DevOps applications, lessons and ‘how-to’s’.

A follow-up to The Phoenix Project which has sold 250,000 copies, The DevOps Handbook leads with DevOps history, explaining how it was derived from bodies of knowledge that span over decades, and its resulting technical, architectural and cultural practices. Once the historical foundation is laid, readers dive into the Three Ways principles. Readers will have a deeper understanding of the theory and principles that led to DevOps today. The resulting concrete principles and patterns, and their practical application to the technology value stream, are presented in the remaining chapters of the book.

We are proud to announce that The DevOps Handbook has been given the 2016 DevOps Dozen Award for ‘Best DevOps Book of the Year.’